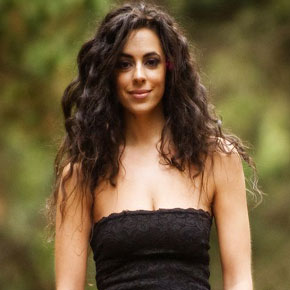 Katia Labozzetta - Born and raised in Australia, Katia Labozzetta completed her University degree in jazz performance at the Elder Conservatorium of Music, University of Adelaide, at age 20. She then left Australia in 2004 to tour the Caribbean, North America and Canada with her own group The Katia Labozzetta Quartet. In 2006 her group was offered the opportunity to perform for Royal Caribbean Cruise Lines "Freedom of the Seas" as the featured jazz ensemble for the inaugural voyages throughout Europe, North America and the Caribbean.  In late 2009 Royal Caribbean once again requested Katia Labozzetta's quartet for the inaugural voyages on the largest cruise ships in the world the "Oasis of the Seas" and "Allure of the Seas" (2010). Currently she still works for the cruise line as a solo performer, entertaining nightly in the piano bar. Katia's distinct voice and explosive piano style combined with her catchy, yet sometimes quirky compositions set her apart as one of Australia's most respected young jazz talents to date. Her creative jazz compositions blend latin, pop, odd time and  reggae with a solid focus on the traditional styles of jazz. Katia's career has taken her all over the world during the last 10 years and her hectic schedule of study and touring has helped this 28 year old create a style and sound far beyond her years.