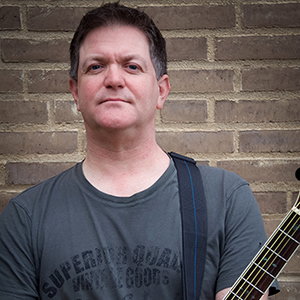 Scott Mitchell originally hails from Ottawa, Ontario, Canada. Scott performed in many cover bands and was a regular entertainer on the local scene, playing in many bars all over Eastern Canada. After moving to Sweden in 1996, Scott quickly found work as a solo entertainer performing all over Sweden, Norway and Finland. He has also been performing aboard many different cruise ships and was a regular in Switzerland and Austria performing at after ski venues. If its a night of the latest and greatest covers you are looking for, or a more intimate singer/songwriter type show, Scott delivers on both fronts. An accomplished songwriter, Scott has many of his own songs to perform. Also, having performed for so many years Scott has a wealth of cover songs to choose from. Well over 200 songs in his repertoire, from such diverse artists as U2, AC/DC, Johnny Cash, Kings of Leon, Sheryl Crow.....etc. A very hard working musician (over 175 nights a year), you are guaranteed a sweaty night of top notch live music.