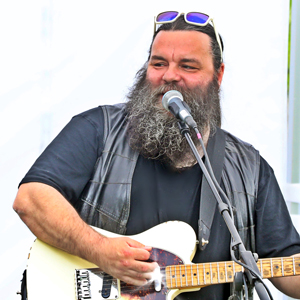 30 years on stage resulted in inimitable live performances, where each song has its own new face. For the last 6 years he’s been settled in Danmark, playing all around the Europe, gigging, busking, partying. In the time of Corona lockdown he has had found his own way to his audience, arranging the first DRIVE-IN concerts on Sjælland, highly appreciated by the community.

There is always something more than you’d expect about his performance, from rearranging the classical pop repertoire, to engaging the audience in setting up a completely new songs, unexpected singalongs and using the whole setup making his audience cheer and dance. You don’t want to miss an unusual show like this.