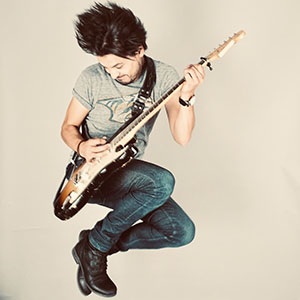 Jamie Meyer has performed with legends such as the late Stevie Ray Vaughn’s classic band- Double Trouble, and one of today’s most popular groups, Lady Antebellum. He has also recorded and co-written songs with Bryan Adams, Phil Thornalley, Håkan Mjörnheim & Jörgen Elofsson and many more.  Meyers big break in Sweden came to fruition in 2002 when he finished in third place in the last season of “Popstars”. A TV talent show that later became known as “Idol”. Although he didn’t win “Popstars”, he was signed to Sony Music in Sweden and departed one year later to become an independent artist.