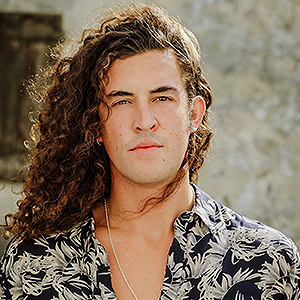 Harrisen. Ever since the age of 13, Harrisen Larner-Main has been earning his stripes as a troubadour around the west of England. However, in more recent years, he has expanded further afield, at first with countless gigs in Europe, then moving as far as North America and the Caribbean.

2019 took it to the next level when Larner-Main made it onto 'The Voice UK', reaching the knockouts, mentored by Olly Murs.

Leaving the Voice with a dedicated and loyal fanbase, he has pushed on as a solo artist in the vain of Lewis Capaldi, Dermot Kennedy or James Bay. With an independent spirit, Harrisen has both written and produced the majority of his catalogue, these include his 3 singles, 'Impossible To Feel The Cold’, 'More Than Just The Night' and ‘Be Kind’, all cementing a significant amount of time in the iTunes charts.

After spending time at 'The Church Studios' in London's Crouch End, creative home of talent such as Adele, James Bay, Mumford & Sons and Tom Petty amongst many others, with his own songwriting and multi instrumental talent, Harrisen brought along his band consisting of Rob Whelan (Drummer) and Bill Banwell (Bass ‘Rag n Bone Man) alongside with producer ‘Andy Hall Hall’ to create his debut 5 track EP, set to be released mid 2020.

With a strong and healthy future ahead, please keep in touch via all social platforms to join the journey.