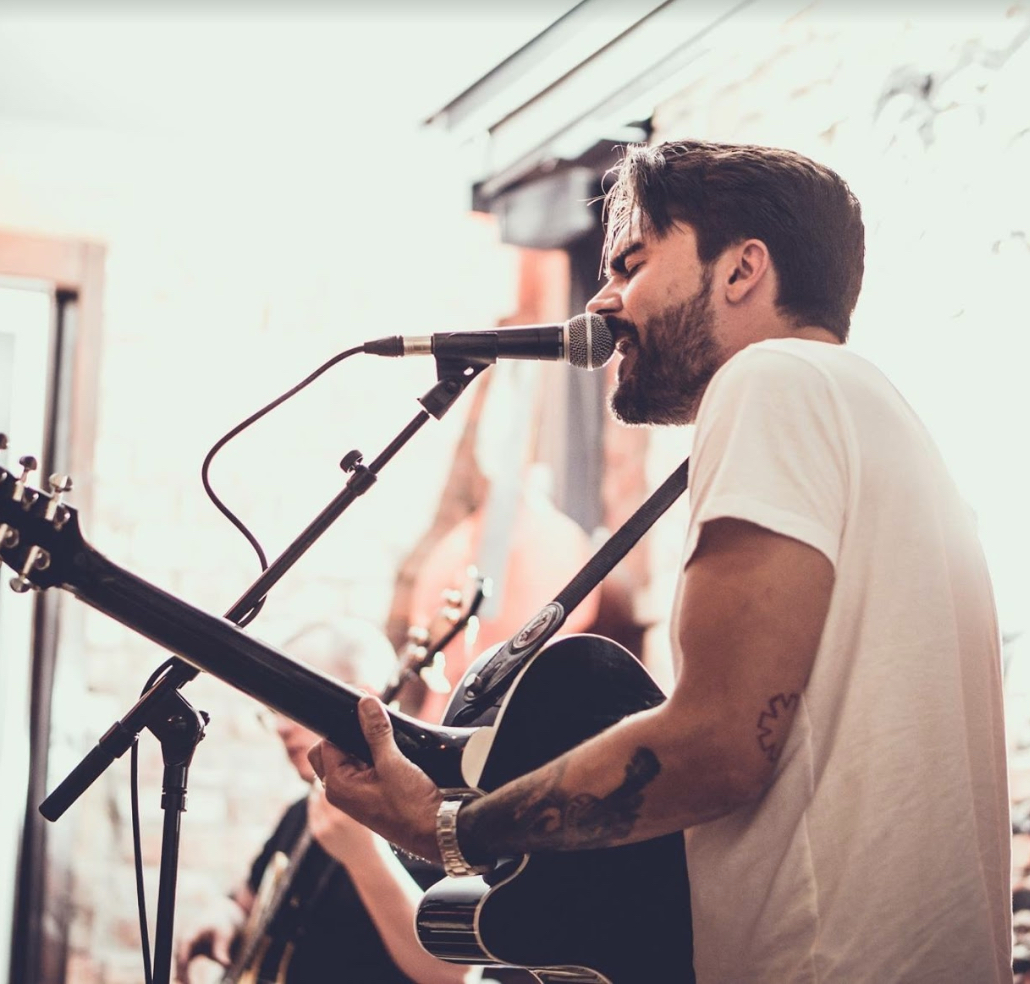 Guy Hamilton is a guitarist and singer from Glasgow , Scotland. He began playing live music around the Scottish circuit at the age of 16 and soon after went on to perform in countries such as Spain, Greece, Denmark, Austria and Norway. His style of playing is unique and versatile spanning over genres including rock, pop, country and blues.

He draws inspiration from artists such as Johnny cash, Bob Dylan, The Beatles, Elvis Presley, the Rolling Stones, Bob Dylan and more recent artists such as the red hot chilli peppers and the arctic monkeys. What to expect from one of Guy’s live shows would be an exciting and lively performance. Guy’s energetic stage presence keeping the audience engaged from start to finish.