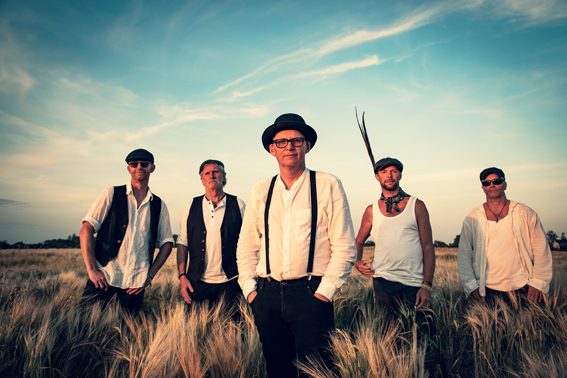 Originally from Moulton, Northamptonshire, Brophy busked his way through the world hitting countries such as Australia, NZ and the USA which giving him a whole catalogue of experiences to write about which has inspired him to hone his craft.  Now based in Copenhagen with his Celtic Folk Rock outfit Brophy's Law Eng/Sco/Dk

The Album takes you on Brophy’s Journey. ‘Road To meo’ is his personal favourite standing alone as his iconic blueprint of life.  With Neil’s band of merry men they draw from influences such as Bragg/Dylan singer songwriter styles, McGowen Celtic rock, ‘a slice of Wellerness’ and even flirt with the big pipe sound of William McLaughlin, picking up where Run Rig left off.

LIVE - the band always capture the audience with their Celtic rock sound of catchy melodic folk anthems, crossing the fields of traditional to contemporary folk, the band of multi instrumentalists always deliver a memorable show for all, fronted with the charm full banter of Neil Brophy.